Byron Bay alt-rock four-piece Moreton have dropped their new track "See Yourself", featuring world-renowned Irish singer James Vincent McMorrow. The track comes hot off the heels of their first single “Circles” and an East Coast tour that kept the group on the road throughout the beginning of the year.

The guitar ballad, which includes a sneaky Marilyn Monroe quote, nods to classic dark rock acts like The National, The Drones and Elliott Smith, with the tender vocals sitting alongside the faint twinkle of vintage synthesizers, tying the track together into a work that is at once powerful and fragile, heartwarming and devastating… A sound becoming synonymous with Moreton and their broody minimalism.

LISTEN TO “SEE YOURSELF” HERE 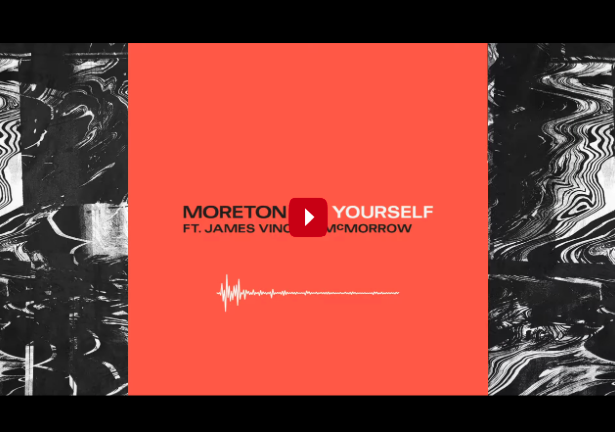 The duet came about after James took Moreton on his national tour in 2017, having stumbled across Moreton's first EP on Spotify prior and requested the band join him on the road. There must be something in the water in Dublin and Brisbane, because they all became fast friends and kept in touch.

“I can't remember who played me a Moreton track first; I loved it. Kind of kept it in the back of my mind until we were touring in 2017 and I reached out to ask if they'd come open for me. Every night the show Georgia and her band put on was fairly spellbinding”, says McMorrow.

“We kept in touch and about 3 months later she hit me up to say they were working on a track and would I be part of it. Honestly the song didn't change much if at all from the original demo I got, tonally the lyrics just felt like something I wanted to sing at that exact moment that it was sent to me, I literally grabbed some mics and hung out in a walk-in wardrobe amongst the clothes just singing it over and over. It's pretty rare that someone sings a lyric like that, that is so on the nose in terms of its subject matter, and it doesn't come across remotely insincere. It's a tough prospect to land a song like that and Georgia really nailed it, so I'm grateful to be part of it, and I hope that when people hear it, that they find a fragment of themselves in it”.

“See Yourself” tackles a weighted but universal issue; that of letting a new love witness your flaws for the first time, and asking if they'll stay by you. A bad habit, an addiction, a vice, or more specifically, the battle with depression.

"It's a common story, that our loved ones are the last to know when we're at our worst," said lead singer Georgia.

There is an intoxicating majesty between the serene and the melancholic which underpins the music of Moreton. Finding light and hope from within powerful, sometimes haunting moments, Moreton is a rock band with a folk heart.

Moreton’s new EP - The Dog Years - which will be released later in 2019, was produced by Matthew Neighbour (Matt Corby, Jen Cloher) and Alex Henriksson. The upcoming release will see the group couch those sombre emotions in songs that swing from a love of alternative art rock and its charged atmospheres into more intimate and orchestral moments.

This EP is set to build on the previous success of the band, whose latest single “Circles” was added to full rotation on Double J, debuted on air by Richard Kingsmill, won the band a spot as a triple j Unearthed feature artist, and garnered many stellar Unearthed reviews. The track was also added to Spotify playlists such as New Music Friday AU, Indie Arrivals, Chords and Cardigan, and Low Key Weekend.