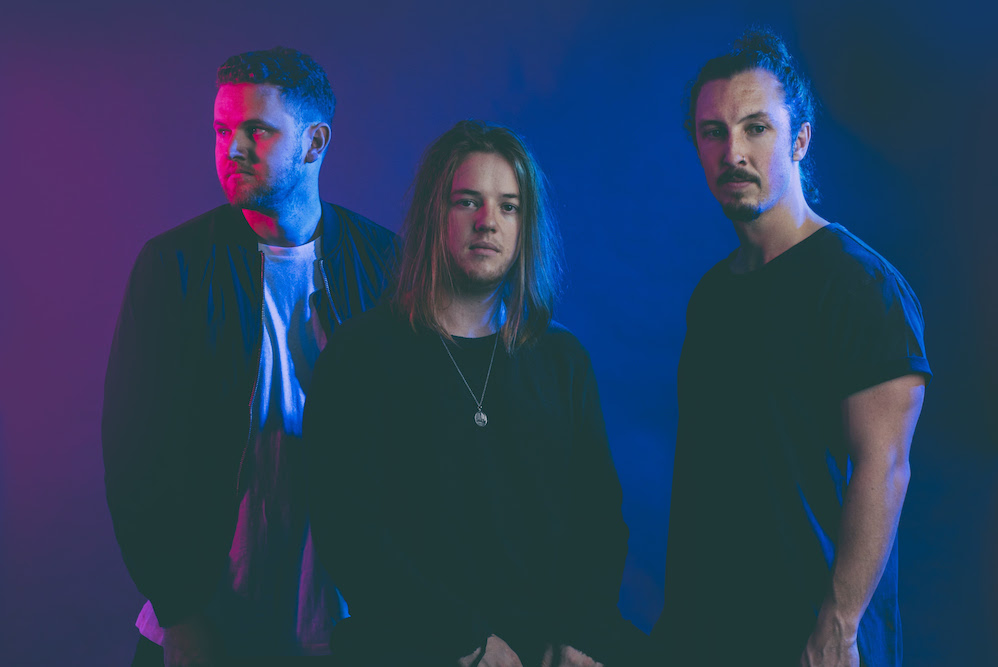 SAFIA brought the chills this morning when they covered Queens of the Stone Age in the triple j Like A Version studios. A hauntingly beautiful rendition of QOTSA’s ‘No One Knows,’ the cover was preceded by an equally beautiful version of their current single ‘Resolution’ for which they were accompanied by a string ensemble and backing vocalists.

The Like A Version comes ahead of the release of the band’s second album Story’s Start or End which will be out on Friday 9 August. Tickets are flying out the door for the extensive national album tour which follows the album release, and today sees the addition of an all-ages show at Forum Melbourne leg after the 18+ show sold out. In addition the Wollongong venue has been upgraded to the Uni Hall due to demand.

Written and produced by the band over the past 2.5 years in their hometown Canberra, the album will include current single ‘Resolution’, as well as previously released songs ‘Think We’re Not Alone’, ‘Starlight’ and ‘Cellophane Rainbow’. Story’s Start or End will showcase the Australian three-piece’s bold vision and fine attention to detail, with intricate production and adventurous arrangements underpinning thoughtful musings on identity, growth, and understanding. As a band they are known for forging entire sonic landscapes with rich, cinematic detail and Story’s Start or End will continue that not only sonically but also visually through their live shows.

In the past year SAFIA have made a celebrated return to Splendour in the Grass, and graced festival stages including Beyond the Valley, Origin Fields, This That, The Grass is Greener, The Drop and a headline slot at Corona Sunsets. They also completed a sold-out run of limited capacity shows down the East Coast of Australia and played to adoring crowds in China twice.

SAFIA are one of my favourite bands and the boys from Canberra never seem to disappoint.  I can't wait to check out their show in Melbourne later this year. 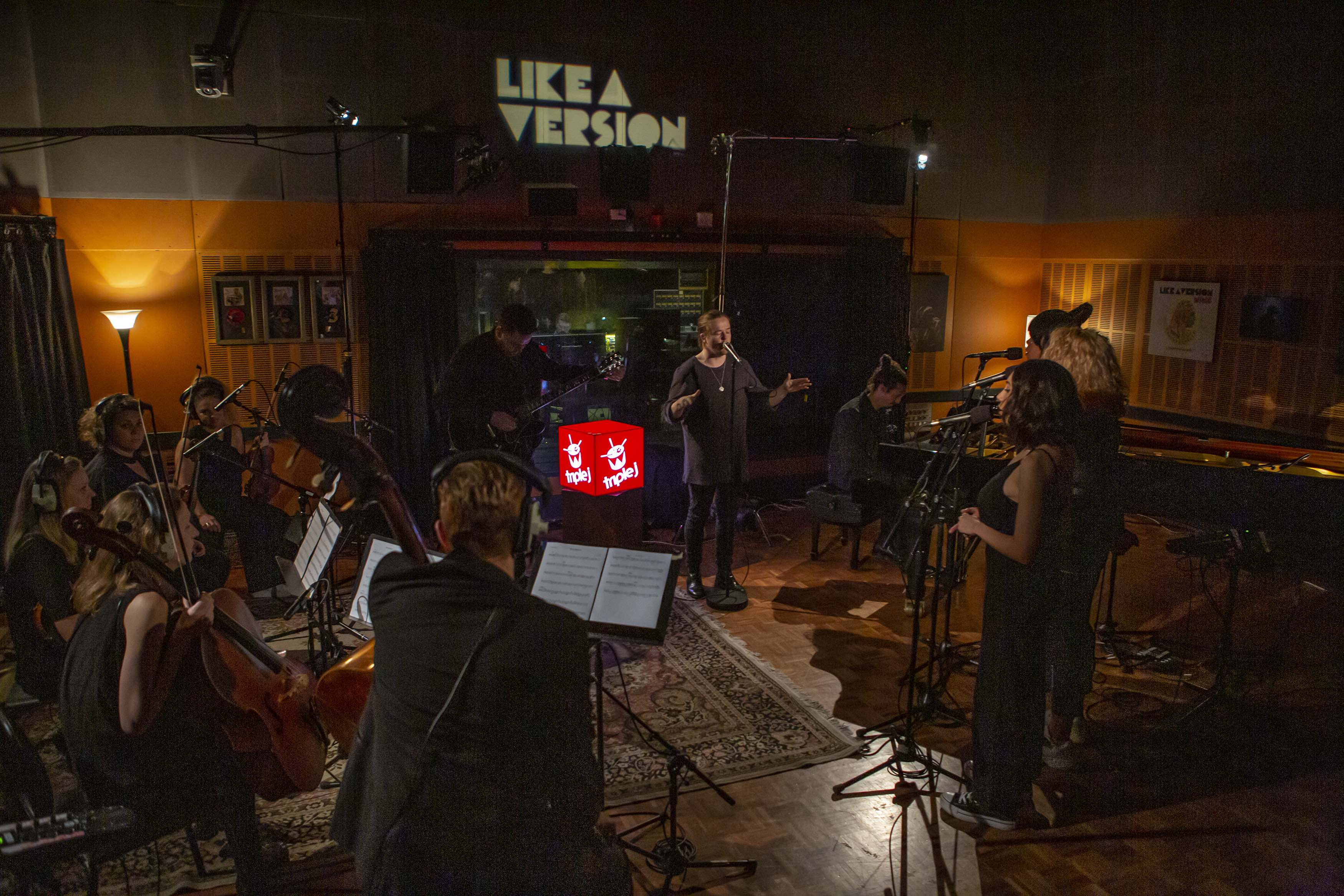 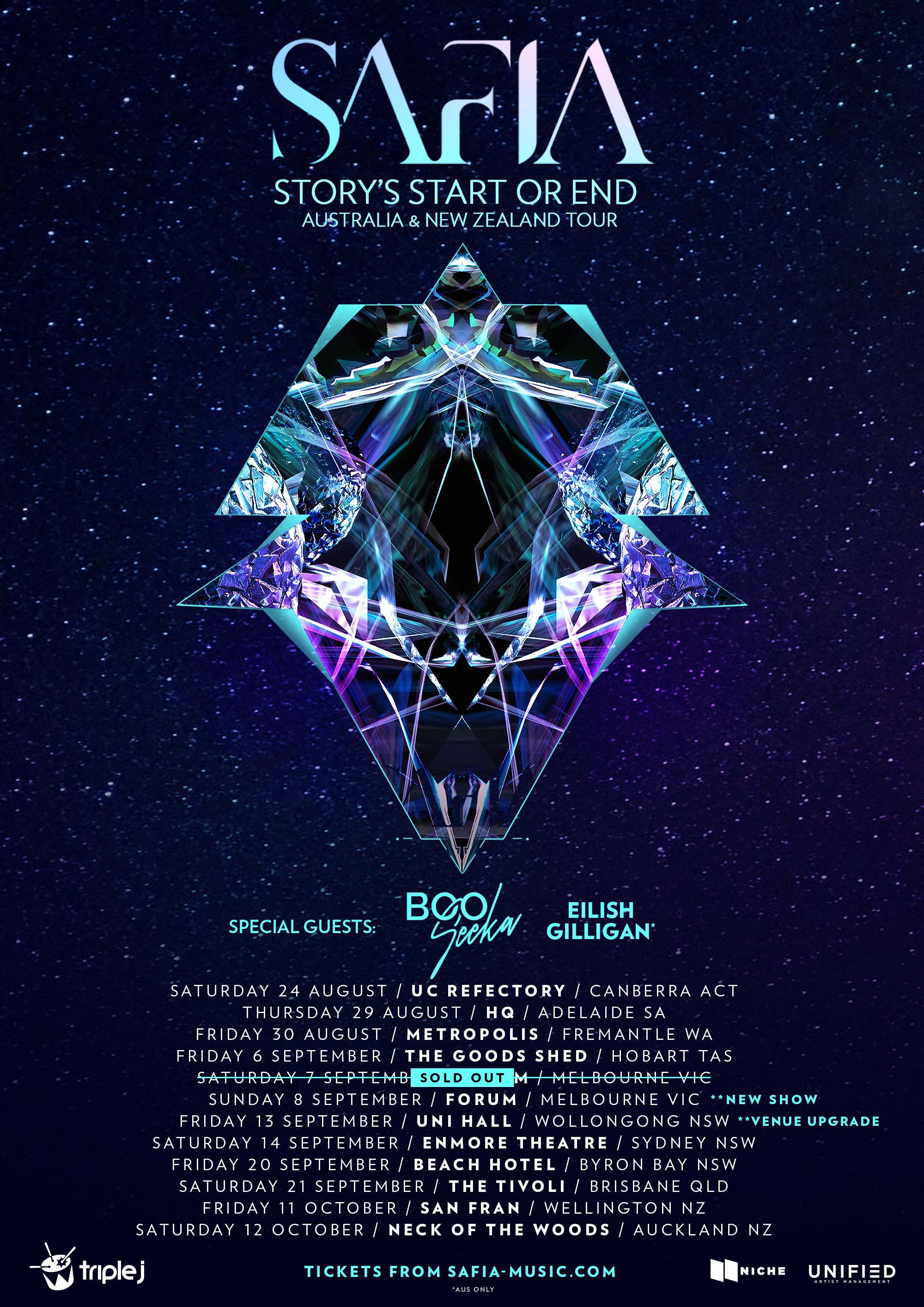